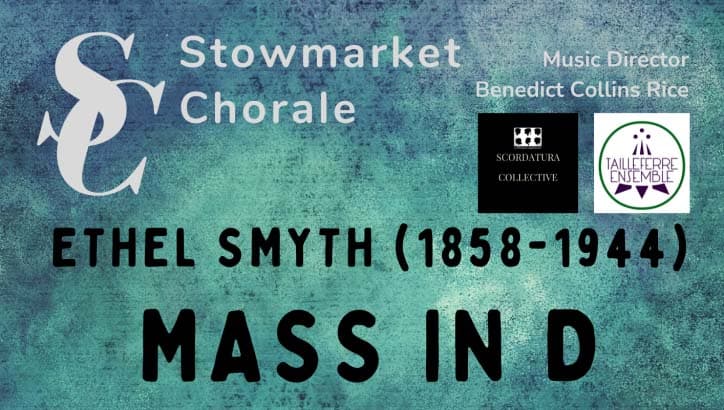 The Tailleferre Ensemble with Anna, join forces with the Stowmarket Chorale and the Scordatura Collective for a special performance of Ethel Smyth’s Mass in D, in Stowmarket. There will be a pre-concert talk at 6:00 pm in teh Regal Cinema, Stowmarket, on the life of Dame Ethyl Smyth.

Stowmarket Chorale, formed in 1901, is an ambitious choir which rehearses in Stowmarket, on Wednesday evenings between September and July. The Director of Music is Benedict Collins Rice, who has performed throughout Europe and America (from The Royal Albert Hall to Carnegie Hall); recorded for several record labels, for BBC and NBC Television, the BFI, and broadcast live on Radio 3.