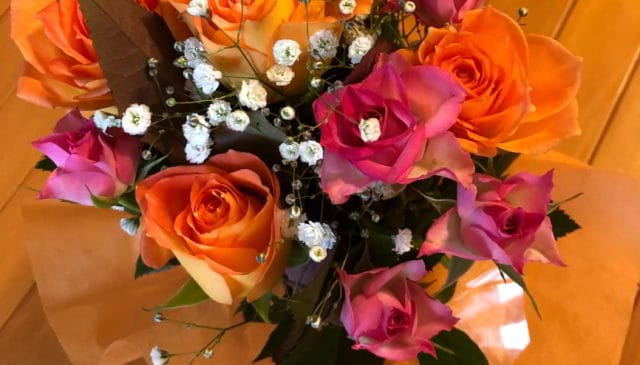 A huge thank you to all those who joined one or both of the concerts on Monday, whether in person or online! It has been such a joy to rehearse, chat, and perform with my wonderful colleagues Chikako Kondo, Masaki Shirako, and Tomoko Nakachi. Chikako, Tomoko and I had previously performed at Dolce Music Salon in Tokyo just over two years ago. This time we could explore the wealth of solo repertoire in the afternoon, and share an early evening concert of trios!

For anyone still interested in catching our performances, do follow the instructions via the Dolce website. Sadly it’s only in Japanese and my attempt at translating didn’t go very well! A brief explanation of the Japanese concert system at the moment: there is currently a state of emergency, which means concerts must be at no more than 50% capacity seating, up to a maximum of 5,000 seats (if a 10,000 seats+ space). Instead of a full evening, we held two hour-long concerts at 3pm and 6pm. Both also had streaming, where you could buy online tickets at a fraction of the price and watch the live stream, or watch up to two weeks after the concert. This feels like a great system, where the performance is still ‘live’ and doesn’t remain eternally available. I’m quite won over by this hybrid system and feel it’s something we could see more and more of in the UK too…

One of my New Year’s resolutions is to learn 10 new pieces, and actually this concert included three pieces which were totally new to me. We explored two wonderful trios for three Bb clarinets by Japanese composers. Firstly, Shuhei Isobe’s Five Miniatures, which are beautifully crafted and full of wonderful and unexpected harmonies! Professor Isobe is a hugely renowned clarinettist and pedagogue in Japan and abroad, and we were delighted that he could attend this concert.

The other trio is Kazunari Ozaki’s Ritual of Snakes. A work full of dark curses and maledictions, it involves various extended techniques and ‘out-there’ noises which is fun to play and (hopefully) to watch. My favourite moment is an almighty stamp towards the end! On a side-note, here are some snakes I made 🙂

And finally…who’s heard of Clarinet Candy? Apparently it’s shocking that I hadn’t come across this tune by Leroy Anderson (or “Luloi Andaason” in Japanese pronunciation), but I honestly had never heard this piece before being sent this a few weeks before the concert. Written by the same composer as Sleigh Ride, it’s a blast of scalic passagework and unison clarinetting, a fabulous party piece! Let’s get this played more in the UK!

So now I have a couple of weeks before travelling to Hiroshima for my next concert. As I’ll be taking a PCR test before travelling, I’ll be staying at home and just going out for groceries and fresh air. Meanwhile I have some online recording deadlines, and many many videos to assess…so won’t be bored!

Once again, a huge thanks for the support towards Monday. Here is the link to watch the concert again!